Before the great war, the man known only as Duck was a loyal employee at Grafton Steel. He went in to work every day to support his family which consisted of two sons and a wife. Duck and his family lived in close proximity to the steel mill and had a great life together until his wife got sick and passed away. Her sickness was speculated to be due to the poisioning of the local environment by Grafton Steel, Duck's employer. Without any solid evidence Duck couldn't be sure this is what it was so he went about his work raising his two sons until he started to learn of similar sicknesses that the other employees and their families were suffering from. The evidence was just too much to ignore so Duck started talking. Talking to the other workers about the mysterious sicknesses and deaths. This talking got the attention of the higher ups of Grafton Steel and they decided they needed to silence him.

One day leaving work Duck was met by a big thug paid by Grafton Steel in the parking lot. This thug worked Duck over, beat him pretty bad and told him that if he keeps quacking like a duck then he will be roasted like one. The thug instructed Duck to stop talking and just do his job. This situation, which would have silenced most normal men, only emboldened Duck to keep quacking about the wrongs of Grafton Steel until one evening in October when he came home and found his two sons missing.

Knowing that Grafton Steel was behing the kidnapping of his sons Duck set out to find the truth about his sons disappearance and recover them but his quest was cut short by the nuclear fallout. To survive the war Duck had to take shelter in the hills and pray that wherever his sons were stashed they were safe as well.

Re-emerging from the hills of Appalachia and taking the moniker of Duck as his name, Duck set out to find his sons. When not searching, Duck spends some of his time rebuilding the local area with great builds in order to have a thriving community that may entice his sons, and their kidnappers to come to as well as to have a safe community to raise his sons in when he eventually finds them. 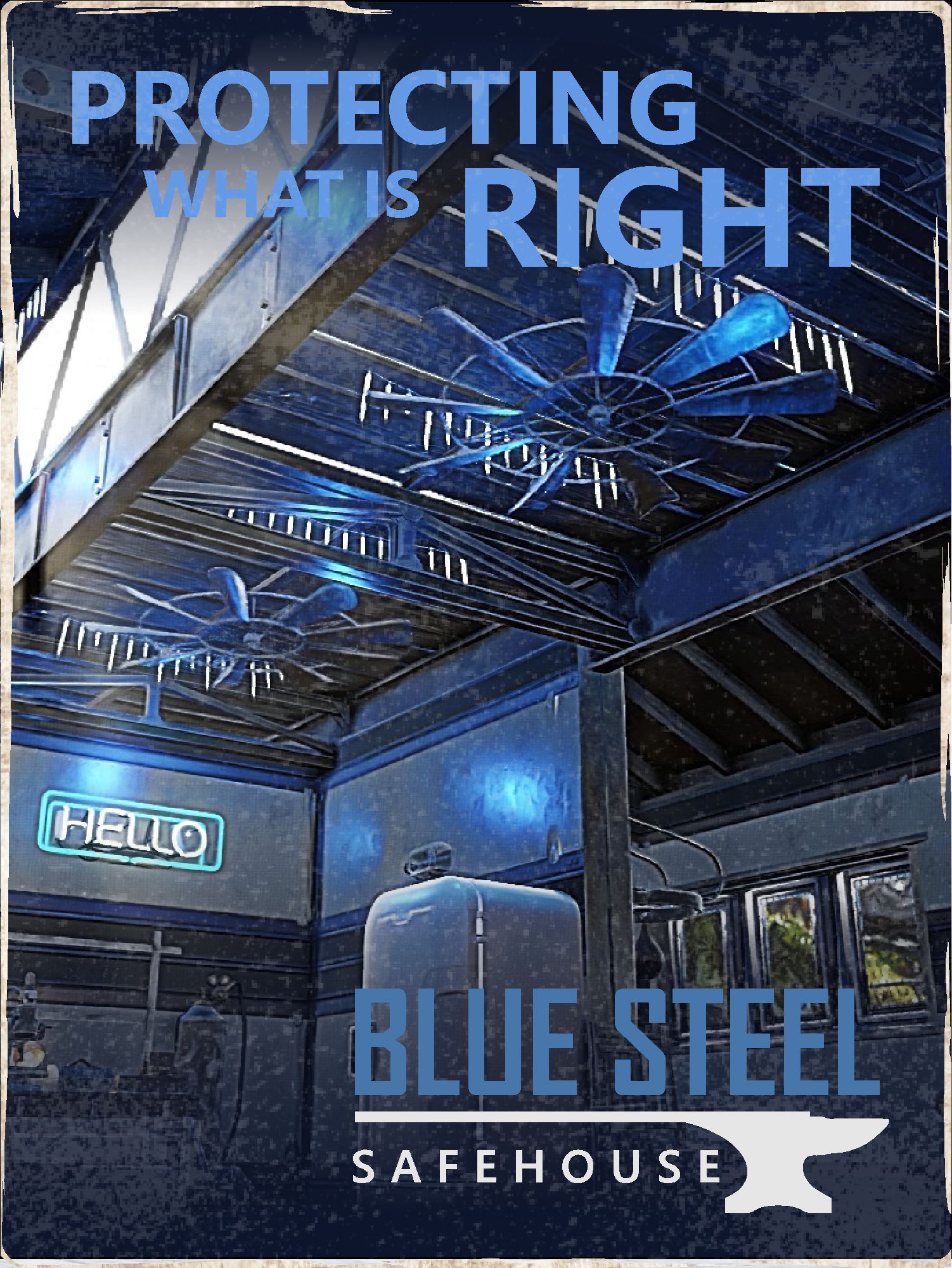 A base of operations just down the river from Grafton Steel for wasteland builder and ex-steel worker, Duck..