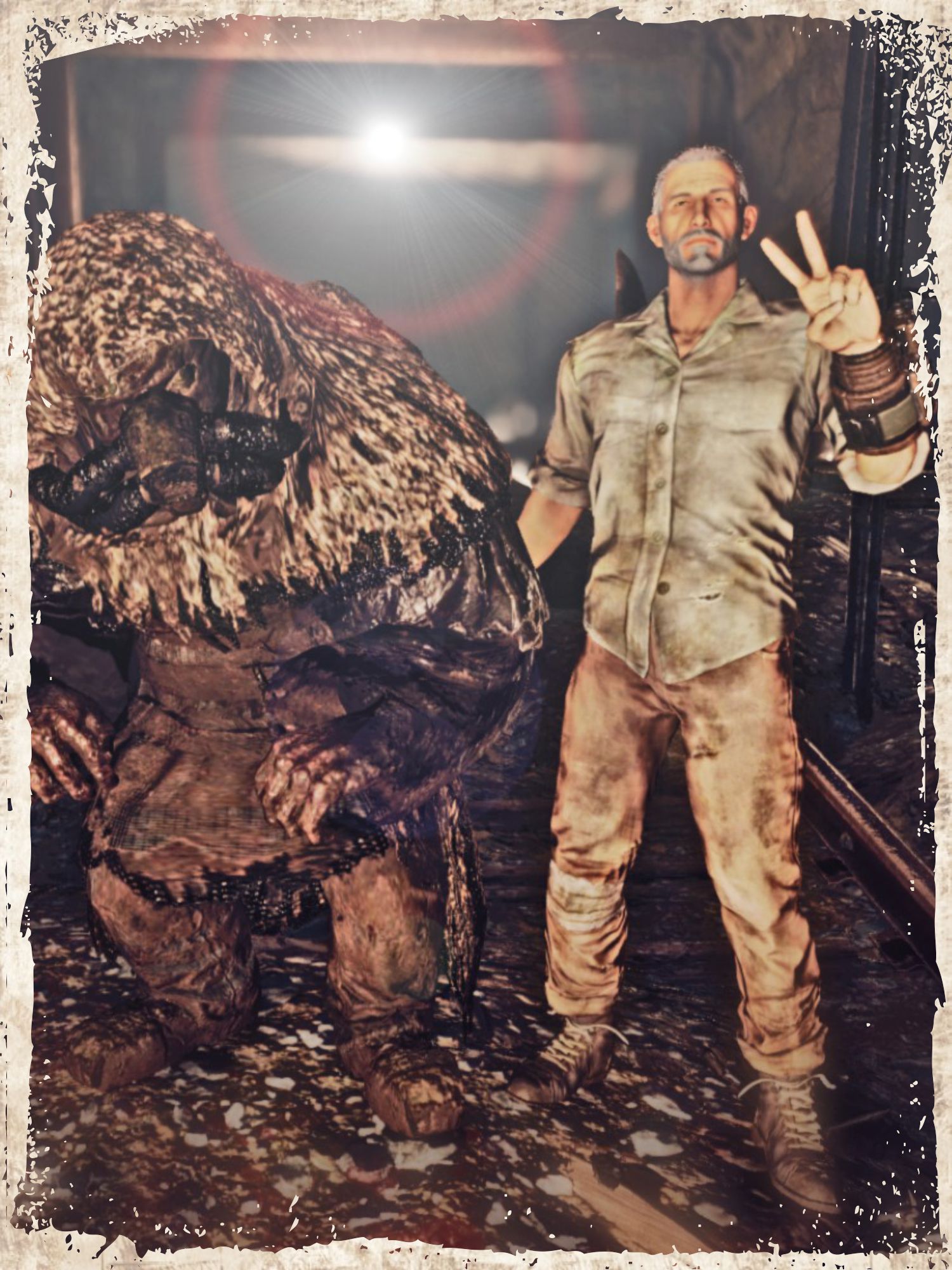 Born just outside of Sutton, WV Kip was an avid camper and outdoorsman before the bombs fell in and around Appalachia. Kip was also a handyman before the fallout, doing odd jobs for friends and neighbors but never finding a true purpose.

After the war Kip moved deeper into the woods to escape the fallout and tragedy that was all around him. He planned on living the rest of his days in solitude, simply surviving.

Being a man of faith he found himself questioning what God’s plan was in all of this. He found his faith wavering until he met a Vault 76 resident who was severely wounded and on the cusp of death. Kip treated this woman’s wounds and took her back to his camp to nurse her back to health but her wounds were too severe to recover from.

It took several weeks for the vault dweller to succomb to her wounds. In that time Kip got to know her and become inspired by her. The woman, who was from vault 76, was also a woman of faith. But unlike Kip, her faith never wavered even in her dire situation. She saw the beauty in the tragedy and the hope of what could be. Her outlook on life inspired Kip and reignited his faith. This renewed faith also provided Kip a renewed vision. A vision to rebuild Appalachia and help other wastelanders to not only survive, but to thrive. To be an extension of God’s love.

Another gift the woman bestowed onto Kip was the Pipboy and a C.A.M.P. unit, which she taught Kip how to use. These new tools, combined with Kip’s penchant for building, gave him all he needed to carry out his new purpose, to start the Wasteland Construction Co. 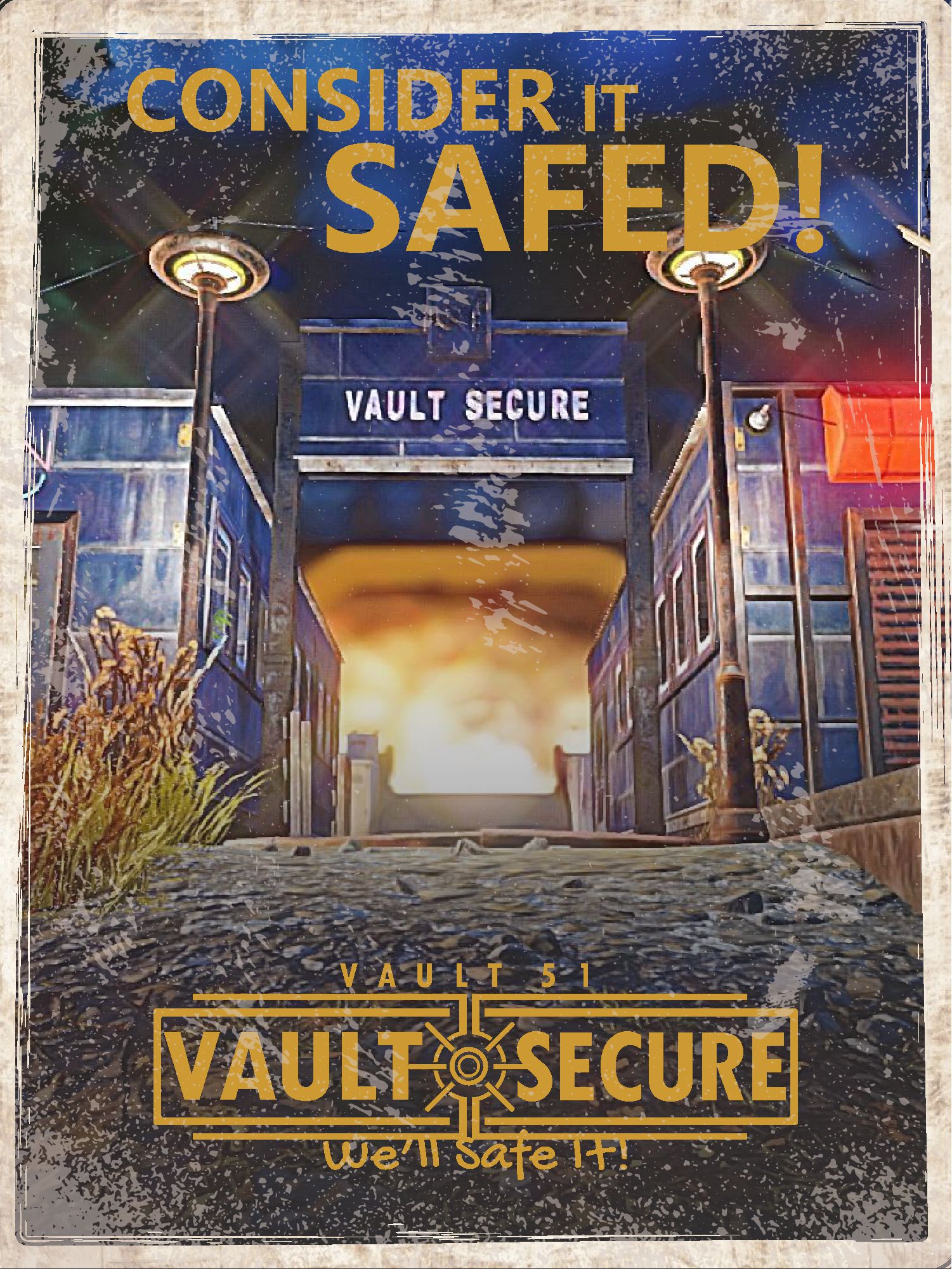 Providing security for goods in the wasteland and keeping everything “safed” is what Vault Secure does! 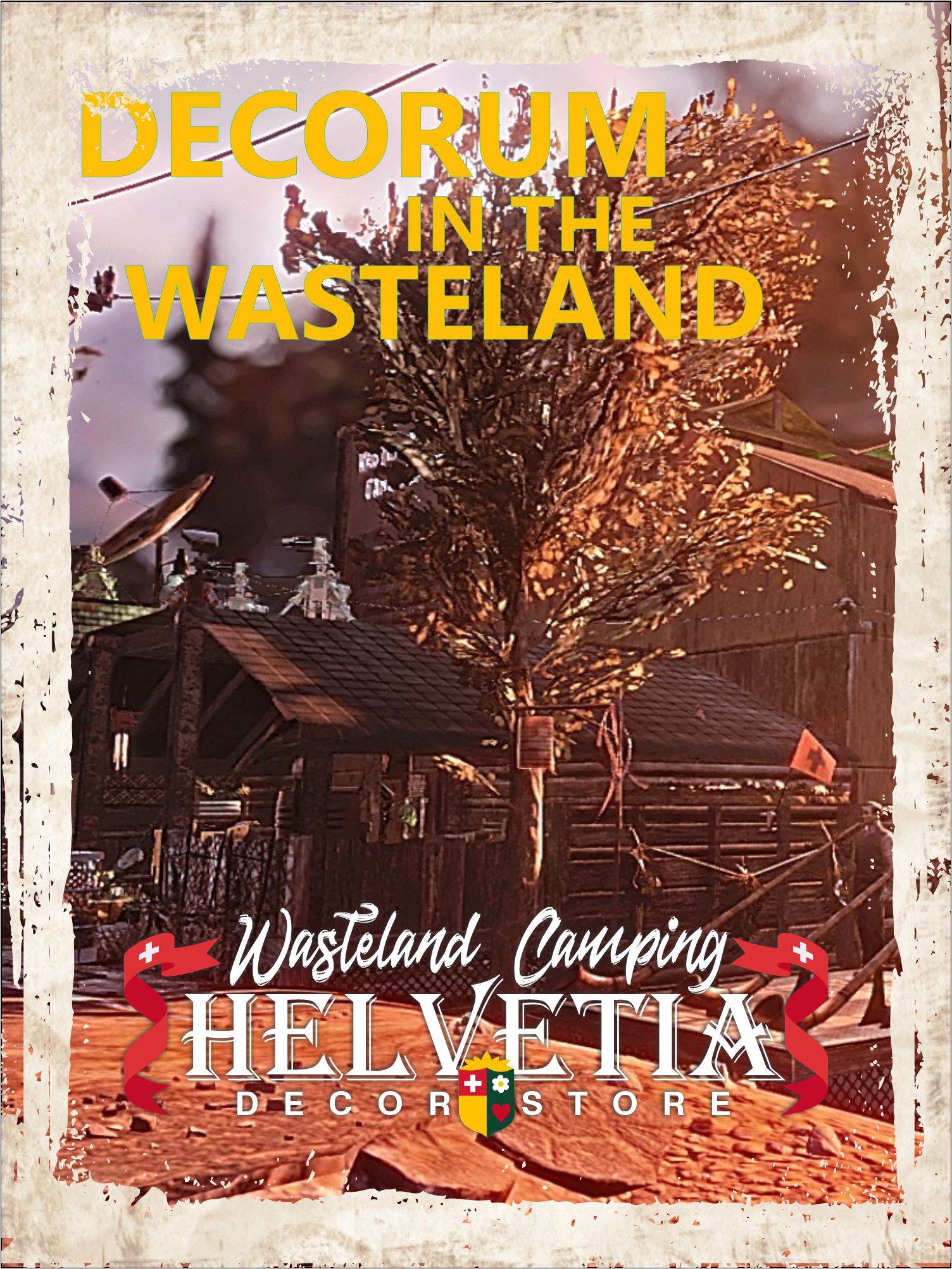 This elaborate and festive camp was built in the Helvetia area and was meant to be a gathering point during the Fasnacht festivities.