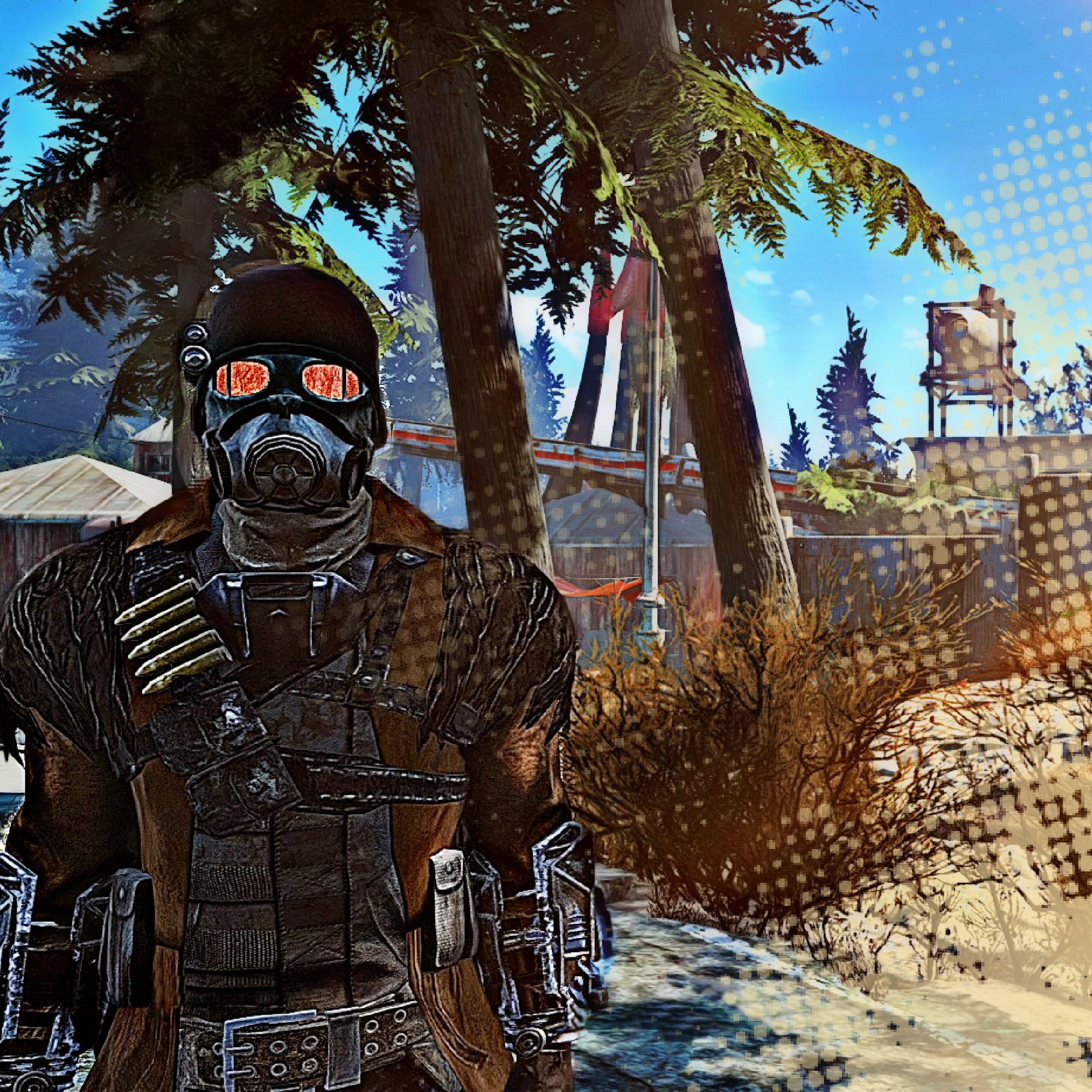 Kofi Carter started out in the region of New Vegas after having lost his memory in a shooting, where a local doctor helped him and provided him with something called a pipboy from his time in a vault. During Kofi’s travels he helped the local group known as the NCR (New California Republic) who were battling a group called Caesar’s Legion (That however is a whole other story)

After assisting the NCR in the final battle of Hoover dam, he went on to become an NCR Ranger. On a recon mission his squad encountered a group of deathclaws, where after a short skirmish they managed to drive the deathclaws off, however not before one his squad was killed and Kofi himself was injured. When retrieving the dog tags from their fallen comrade they discovered that he was some sort of robot masquerading as a human.

Upon informing the NCR, the body was recovered and taken away for experimentation and investigation. With the Idea that they could save many soldiers lives by using the robots as front line soldiers and spies. The NCR found that they could not duplicate the technology; however they were able to get access to the robot’s memory core, Where they found it came from the east coast in the Boston region. However nothing was found on whoever built the robot.

Having been ordered to travel east with his squad and find out what he can about the robot and see If whoever constructed it is still around, and if they would be interested in working with the NCR, for the betterment of mankind. Upon travelling East as part of a caravan most of Kofi’s squad was lost in defense of the caravan from super mutant and raider attacks, leaving Kofi and one other. After arriving in the Boston region Kofi set up camp in a small town called concord. After a few weeks of travelling about the Boston area (diamond City and Bunker Hill)., asking questions and meeting up with local caravans, Kofi found the robots were known as Synths and that they were made by a secretive group known as the Institute.

Finding out about a local Vault someplace north of Concord on the outskirts of what remains of a small community from before the war, the vault seemed an Ideal location for Institute to be hiding. However, before Kofi was able to investigate the vault he was attacked by a group of raiders, Kofi managed to fight off a number of them before he was knocked unconscious. Kofi awoke to find himself in a cage with the body of his compatriot lying dead next to me. The raiders moved Kofi about and he was forced to fight in a gladiatorial ring for his life. Sometimes against slaves, sometimes against other raiders. Kofi managed to survive this way for about a year.

Recently, the raiders were attacked by a group of super mutants, who captured or killed every raider. They transported him back to their base of operations. The mutants rested for the night and a number of raiders decided to try and make a break for it knowing exactly what was going to be in store for them. In the confusion Kofi managed to slip away into the night.

Kofi eventually found a dead wastelander where he was able to acquire more substantial clothes than the slave outfit he was currently wearing. After travelling for a short time Kofi came upon a radio tower, In the hopes that he could get it working in the morning and somehow contact the NCR he bedded down as best he could for the night.

Now it is morning, and Kofi finds himself tired after a sleepless night, in hostile territory with no weapons to speak of and with no idea as to his location. 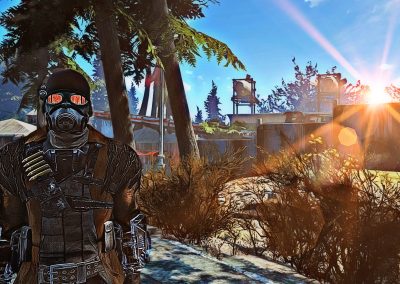 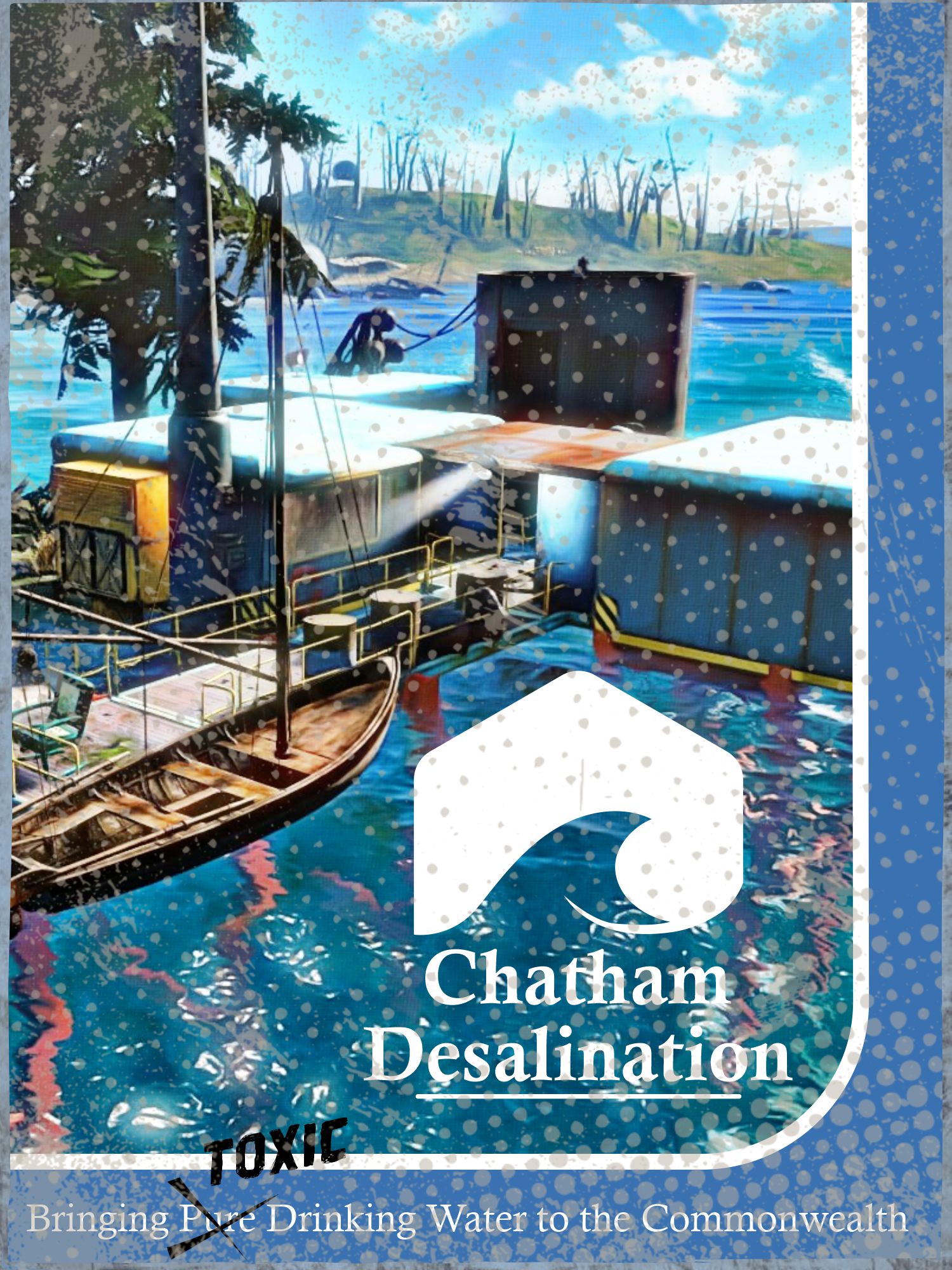 An old desalination plant that Kofi discovered off the coast of Warwick Homestead with an unfortunate but famous resident living there. 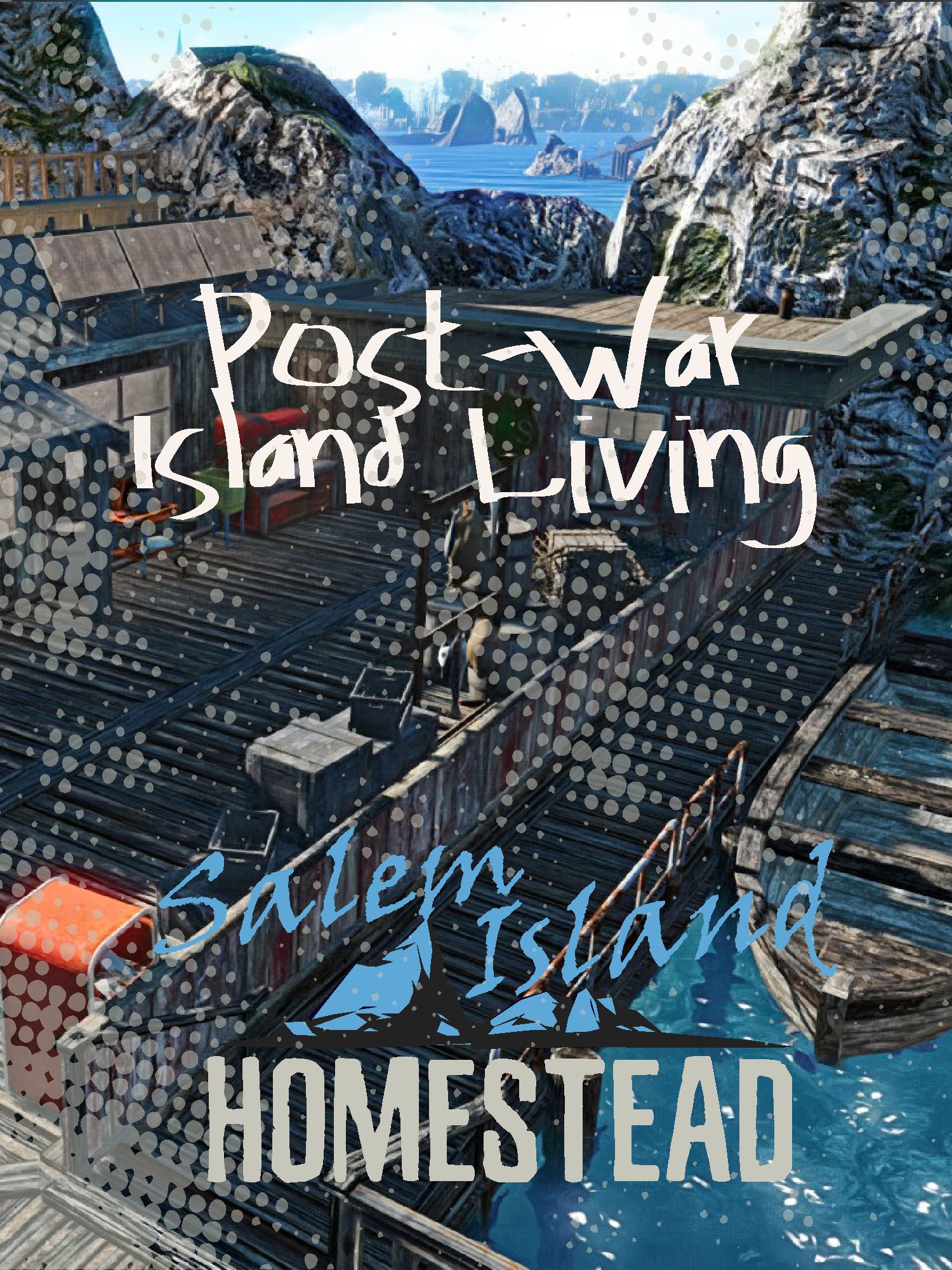 A fortified island off the coast of the remains of Boston that is home to an ex-Forest Ranger and his wife.